I am not Superwoman!

It turns out that I cannot do everything!  What a revelation!

Running a photography business and a photography training center is a ridiculous amount of work.  So blogging is only taking place over at www.UnderstandPhotography.com.

Please visit me over there!  We post photography tips and of course, you can see which classes or photography travel trips we are planning!

Here's a photo from our Ladies Photo Retreat to Mt Dora, Florida: 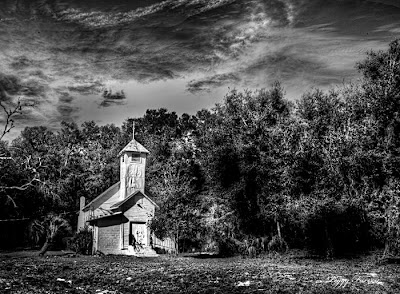 Thanks for your business!!
~ Peggy Farren

High school sweethearts Jimmy and Melanie met up 17 years later and now are husband and wife!  They live on the east coast of Florida and decided Marco Island was the perfect place for a sunset beach wedding.  Marco Island did not disappoint!  The sunset was absolutely fabulous! 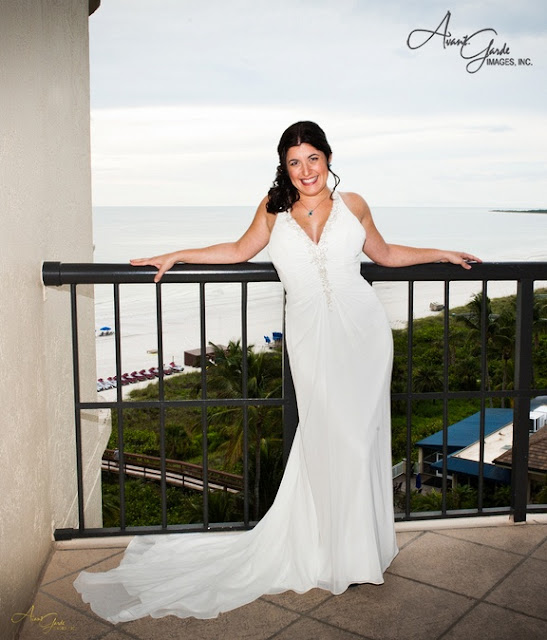 Melanie looked super sexy and gorgeous on the balcony of the Marco Hilton. 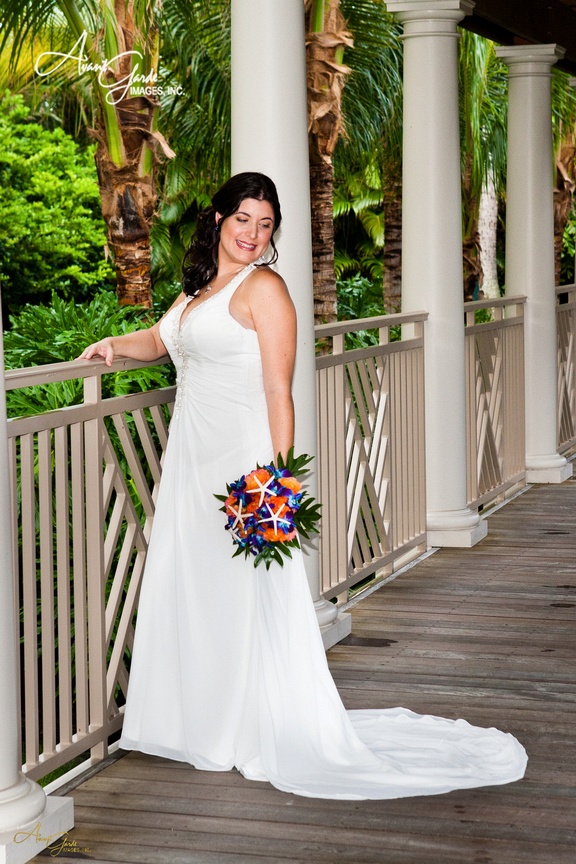 The Marco Hilton is a gorgeous place to photograph! 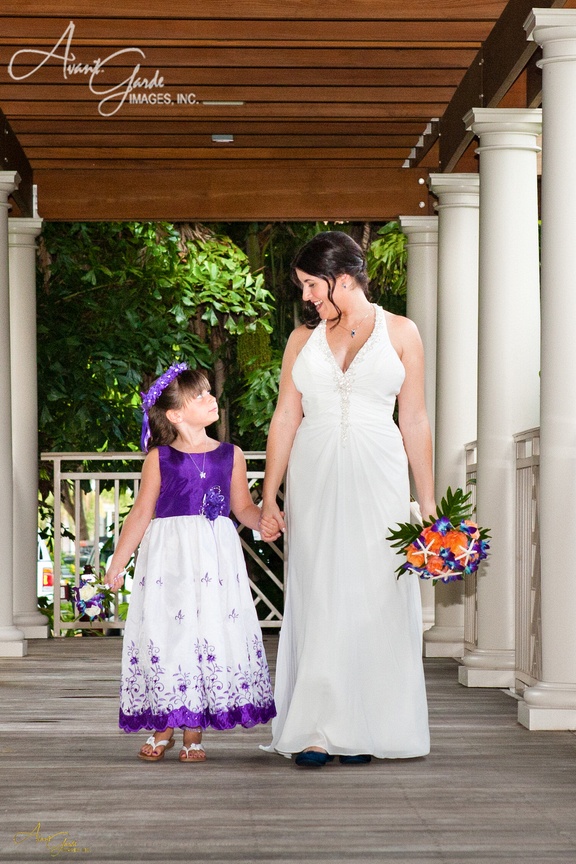 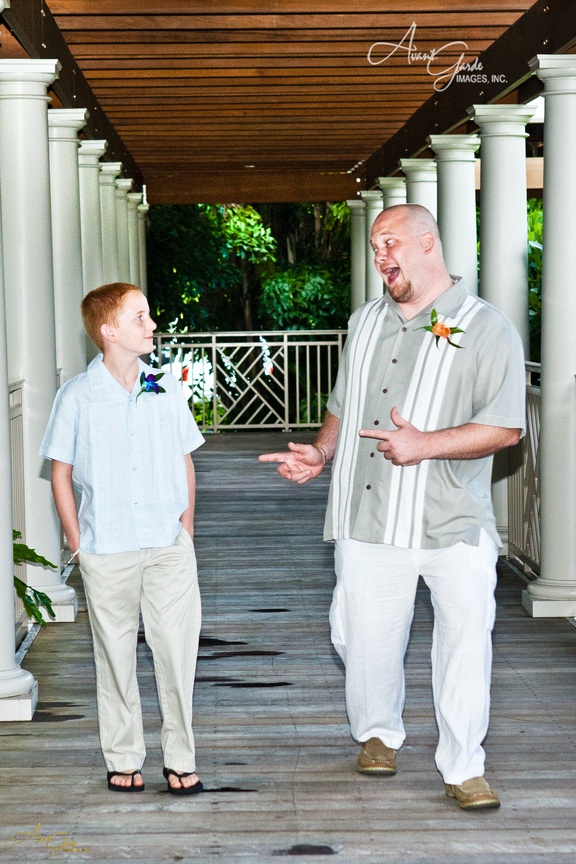 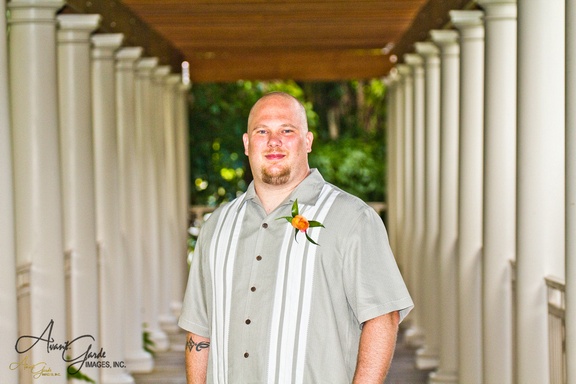 The handsome groom.  Love the columns at the Hilton Marco Island! 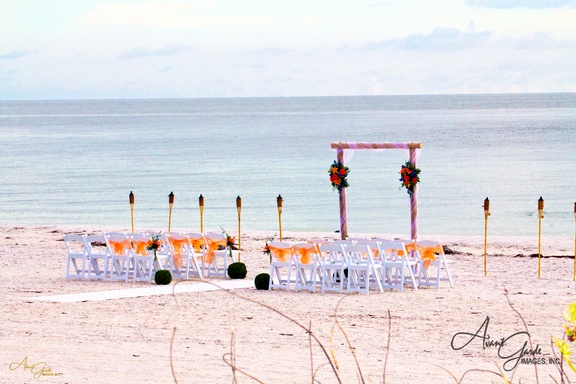 Marco Florist did the flowers, arch and setup for the ceremony. 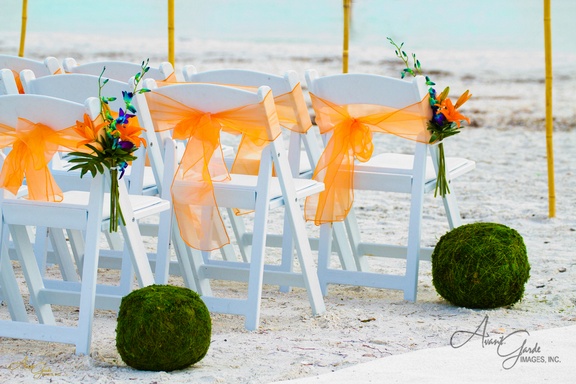 I love the green balls! 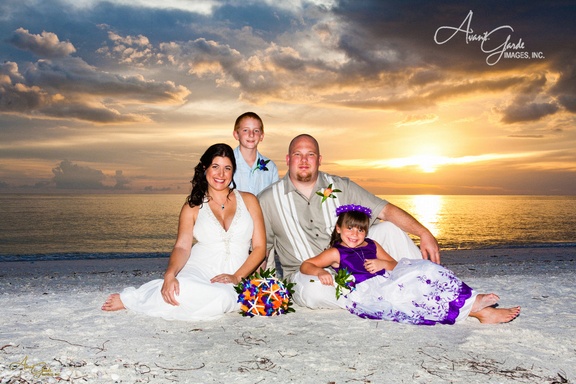 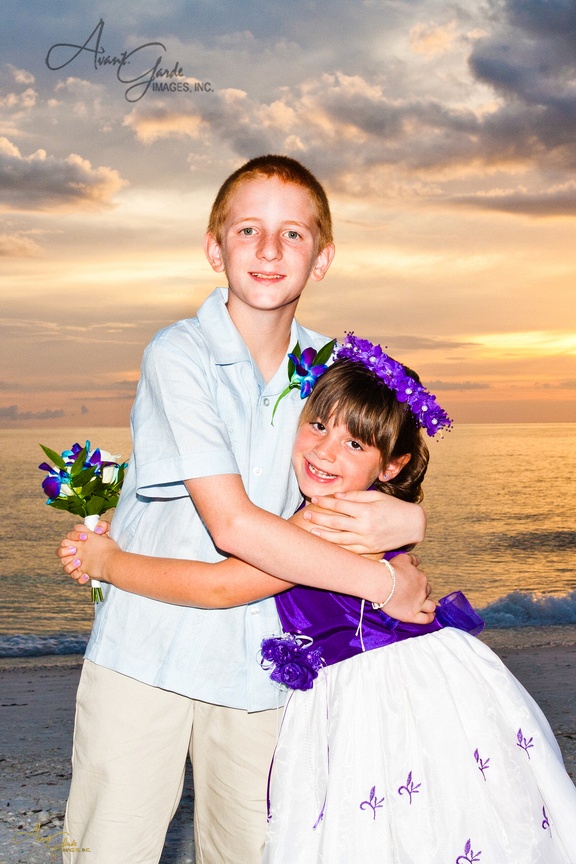 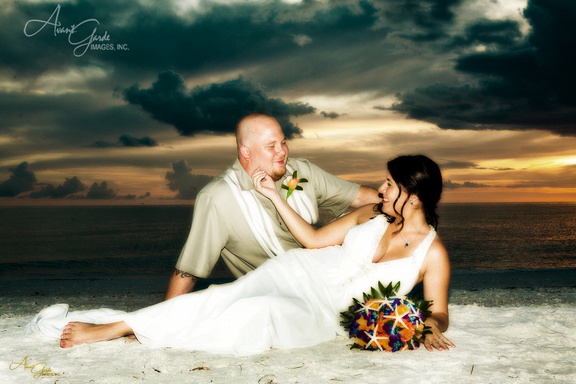 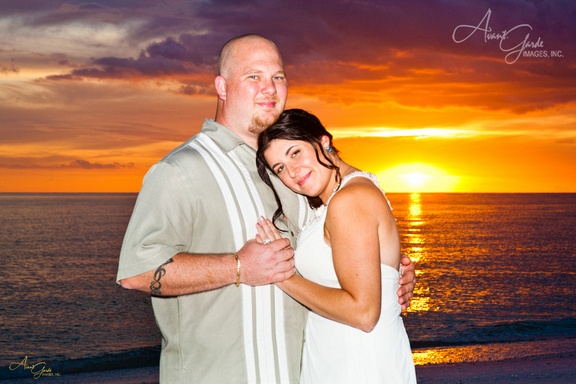 I think she loves him! 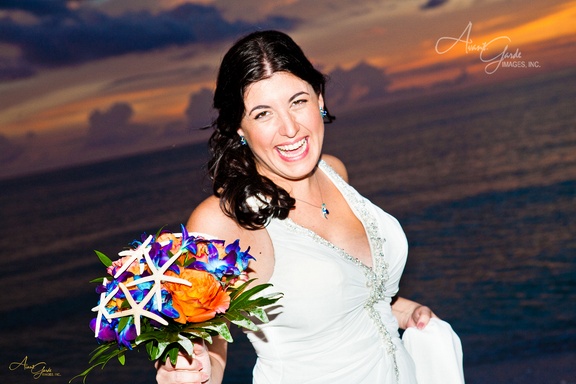 He makes her laugh! 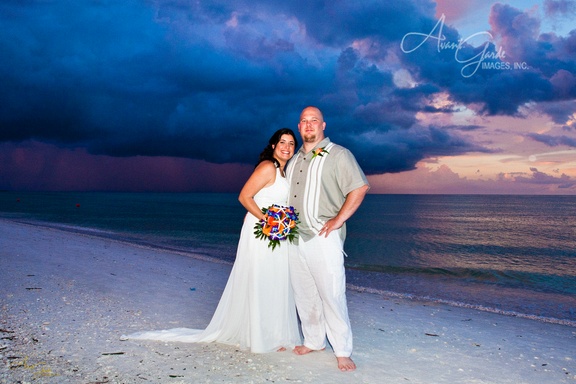 And here is the view from the other side!  It started raining right after we went inside!

This Naples Wedding Photographer had a great time photographing this wonderful beach wedding!

Nancy has been a personal friend of mine for quite some time.  Our kids have been close friends for a very long time.  I'm so happy that Nancy met Michael!  She loves rock and roll and loves to have fun!  It was fate that Michael came into her life!

Posted by Peggy at 3:46 PM No comments: Links to this post

Florida Camera Club Council State Convention 2012
We were lucky enough to be the host city for the state-wide photography convention this year!  I had a booth at the trade show and was one of the speakers.  My preconference workshop was about Beach Portraiture, and because of the time of day (8 a.m. to noon), I got the opportunity to also teach "how to photograph people in horrible lighting".  Ha ha aha!!

It was a fabulous weekend, full of learning and fun.  Photographers came from all over the state of Florida and beyond.  Thanks to the volunteers who put this on, especially Eric Hanson, Sonny and Betty Saunders, Laura DePamphilis.  Sorry to everyone I missed.  I know this was a team effort!  You all really pulled it off!

A little PS....  The famous Arthur Morris stopped in to listen to my talk on Sunday and made me a nervous wreck!  LOL!

Posted by Peggy at 8:30 PM No comments: Links to this post

If you haven't heard of the Naples Winter Wine Festival, google it!  It's one of the largest fundraisers in the world, where a tent full of millionaires bid on wine lots and other goodies for four hours!  This year's festival raised over $12 million dollars!

This Naples photographer had the good fortune of photographing one of the private Vintner dinners at one my favorite clients' home.  Sandi and Tom Moran have done so much for this community and they sure know how to put on a party!

The color scheme was turquoise and purple with gold accents.  Margaret Short of MargaretEvents.com is not only about the most organized woman on earth, but she has an eye for fabulous!!  The floral arrangements with orchids, gold wire sculptures and turquoise glass beads were created by Grace Lakes Florist.  April Wood and her team of florists have been creating floral masterpieces in the Naples area for many years. 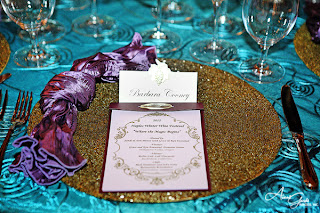 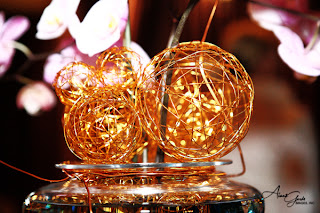 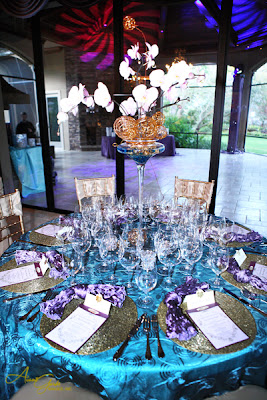 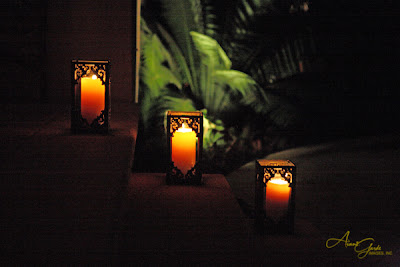 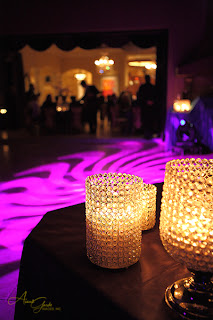 Of course world renowned celebrity chefs were brought in!  Chef Rick Tramonto and Chef John Folse of Restaurant R'evolution in New Orleans.
World champion cabaret dancers Eric Luna and Georgia Ambarian gave an unbelievable show in the Moran's back lanai.
Of course, Avant-Garde Images, Inc. (yes, that's us!) took beautiful portraits as the guests came in.  My wonderful assistant, Dylan Glasgow, printed them with our portable high speed professional photo lab right onsite and had them ready in custom made frames as the guests departed.

The next day the festivities began at 11 a.m.  Yes, the people who attended vintner dinners were moving a little slow!  LOL!  From 11 a.m. to 1 p.m. festival attendees looked at the Lots of wine and other goodies that would soon be going up for auction.

Now I went in as a photographer for Florida Weekly newspaper.  I've had a freelance job with Florida Weekly for about three years now. I LOVE Florida Weekly!  This newspaper just started a few years ago and has grown so quickly because it is so enjoyable to read.  If you'd like to read about and see a LOT more pictures - please pick up this week's newspaper or read it online:  http://naples.floridaweekly.com/news/2012-02-02/Top_News/Believe_IN_THE_MAGIC.html

At the end of the day, the Naples Winter Wine Festival 2012 raised over $12 million dollars, bringing the total the festival has brought in since its inception in 2001 to over $100 million dollars!

I had the pleasure of meeting Prince Robert of Luxembourg.  He was gracious enough to come back into the Lot room for a portrait.  Prince Robert donated this custom made wooden box with wines from his vineyard Château La Mission Haut-Brion. Out of curiosity, I googled his wines - it looks like the price for one bottle starts at $400 and goes up from there!
By the way, he was a VERY nice human being!
In the end, it's all for children's charities.  The Wine Festival is the major fundraiser for the Naples Children and Education Foundation (NCEF).  NCEF’s mission statement to support programs that improve the physical, emotional and educational lives of underprivileged and at risk children. 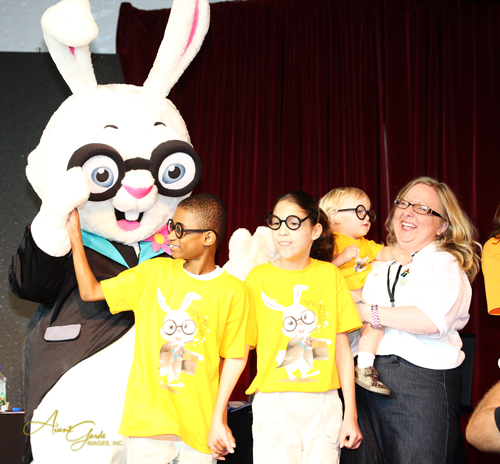 You can read more about the charity and festival on their website: http://www.napleswinefestival.com

Posted by Peggy at 9:39 PM No comments: Links to this post

Read all of our Wedding Photography Reviews at 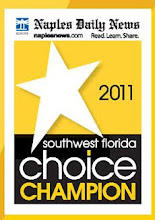 Five Star Reviews from our Clients!

Join our Photography Club and School to network, practice and learn with other photographers. All levels are welcome. We have inexpensive model shoots, free walkabouts and offer all levels of photography classes. Join the club for free to stay updated!
www.UnderstandPhotography.com 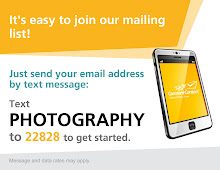